The Mother of the President 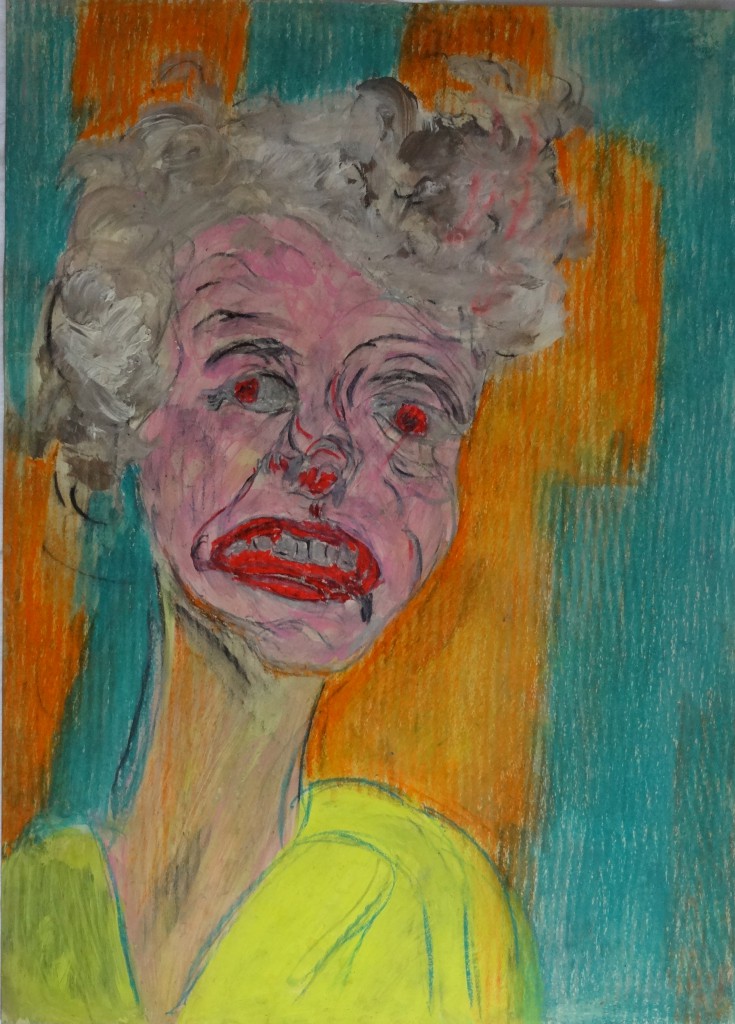 
Oil drawn on a photo frame on wooden frame with canvas


The president’s mother had always known that her son was not likely ever to become president. His predecessor had been an extraordinary political expert. A repetition of such a character was not in the line of history. It was more or less evident that her son stood only small chances against such competition. She was convinced that in the global public opinion he would soon become a paragon of political dumbness. Her opinion proved to be prophetic after her son had been elected president against all odds. He took a small time out before he ventured into the public with his designs. Firstly he had a specialist plant a brain pace maker into his head skin to deliver a prompting function. This would help him to cover up his well known ignorance when interviewed.
The prompting function of the pace maker could be adjusted when questions occured in public which her son could not answer as being unable to survey the wider context. Other experts had to be engaged to make sure that the pace maker could not be manipulated by an external power so that the new president might present political decisions all of a sudden that could be in favour of the enemy. Nowadays viruses were everywhere. The president’s mother asked her son to see her in her bedroom every evening to discuss the policies which he was to introduce the next day. The function of the pace maker let these tactics work for a while with a certain success. One day, however, an adversary power seemed to have succeeded in taking over the brain pace maker of the president. His mother did not recognize at once what had happened when her son started to make abject remarks about his country. She knew that he had those destructive phases. So she took his new ideas for what she had expected from him from the start. (to be continued).