“Mister May, the Eighth” (Weizsäcker) 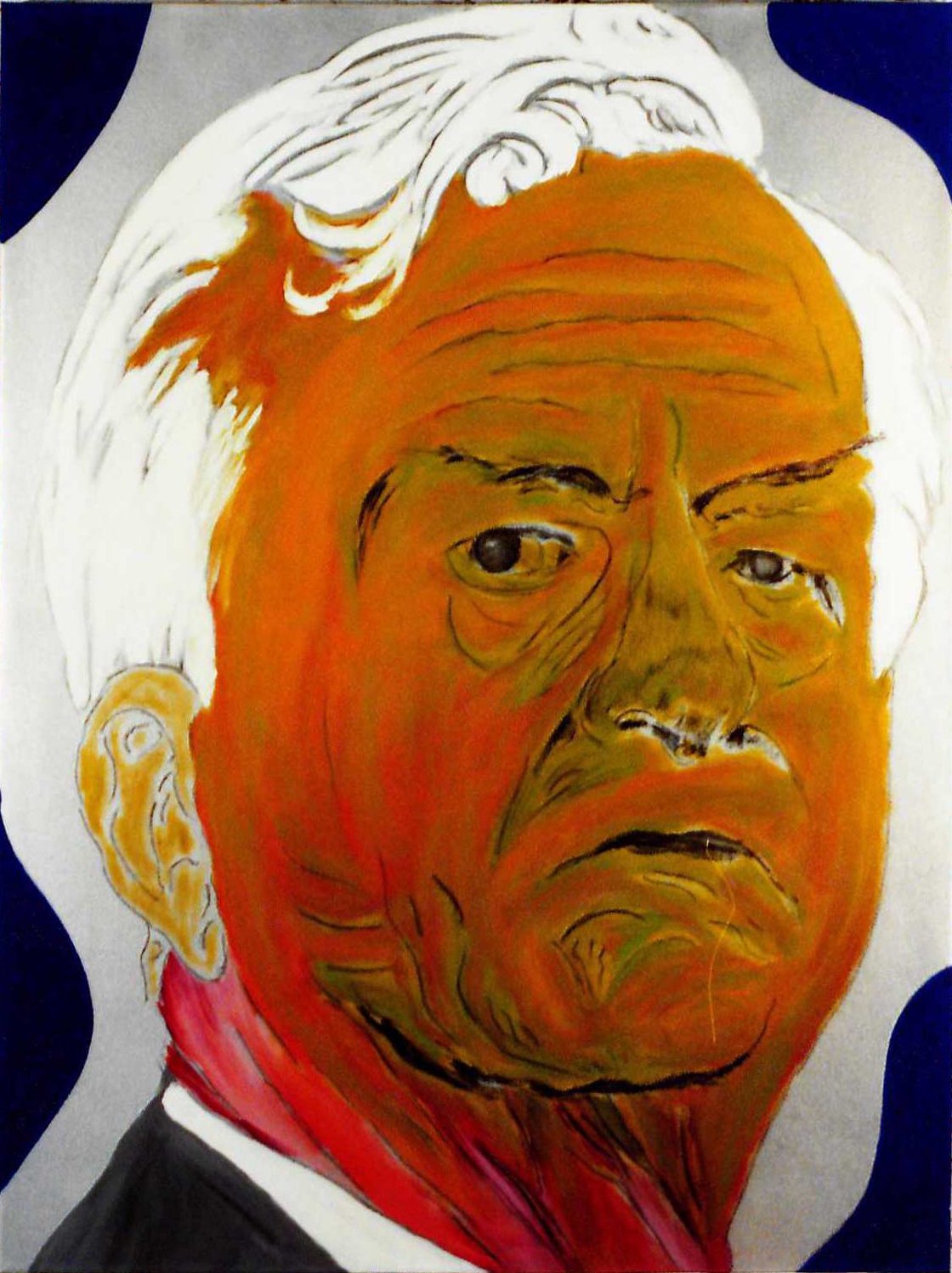 
“Mr President, ladies and gentlemen! In the name of our German Angst, I am pleased to inform you that I missed the Kranzabwurfposition only a few millimeters this time. I regret that,with repect to the bad experience our Germany had with their beloved President Hindenburg in the nineteen-thirties, the new Constitution reduced my authority to what is called a Grüßaugust. I am more than that, to be sure.I should like to stress this here. There can be no doubt about the dignity of my person.It defintely shows in my face! Have look at the portrait. (Picture).

Our social market economy I a m proud to add in my speech here always moved to where the money is and yet retains a human face which is an art of political equality.Ten percent of the German population own 80 percent of the assets available in the Federal Republic. Who cares? Justice tends to be abstract!

Furthermore the main discovery of my carear was for me to recognize that the rulership of a group of people who suddenly seized power in 1933 lacked human decency. Had anyone realized that before me? In addition, I had the overwhelming insight that the victory of the Allies in 1945 (Eighth of May), was by no means a shameful defeat of our brave fighters of the war, but a veritable liberation on all fronts. Hard to believe! When I communicated this to the Bundestag and to the German people in an endless speech of great pathos, the nation regarded it as a revolutionary act. No one seemes to have had such an insight before me. It is so deep that it will give me the full immortality of a footnote in the history books.”

I am sorry to say says the painter that Mister May´s portrait can not be found anymore. A long time after the painter’s return from New York , the gallerist in question stated that he had been forced to introduce a new business model for lack of finance. The new model was that, for a fee, people could rent the picture they wanted and hang it up in a living room for some months. Of course, there had been a contract for each picture, but when the businessman, who had appaered so solid did not respond after several warnings, it turned out that he had falsified his identity. Also , the breach of a water duct had soaked the gallery later, and all contracts had dissolved into shreds. The painter had been foolish enough not to insist on a contract. So the portrait was gone and a judicial solution hard to construct.