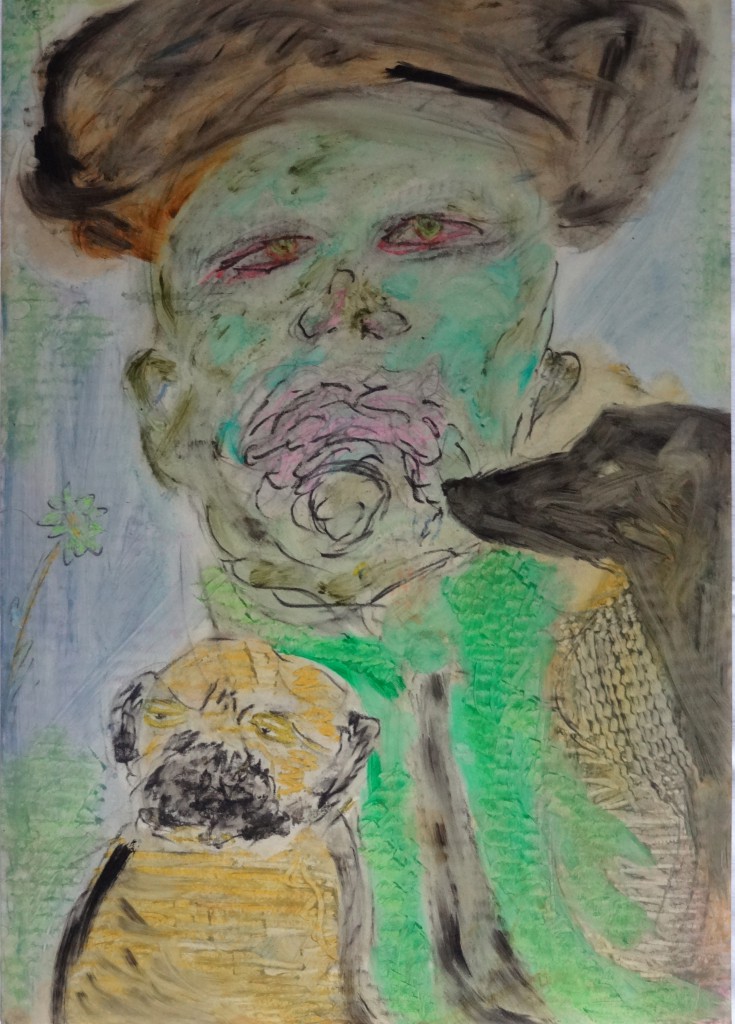 
The head forester was pacing through the woods in order to inspect the damages that had occurred lately. A hurricane had raged in the forest. Such things happened with rising frequency in recent years. It had dispersed the procession spinner that had previously gnawd at trees for miles around. Now it would be even easier for the pest to attack what had been left. The head forester was sure that the wood must have lost more than half of its value. Deep in thoughts he marched along weighing the pros and cons of whether he might now not vote for the g r e e n party in the coming polls. He had red part of the book “A Planet Being Plundered” by one of its founders. Although he had forgotten what had been in it he consented to the argument as such: His wood was his wood and should not be burnt down for Macfood and the like. It was his friend, the base of his life. Now as to the colour: G r e en was the wood, g r e e n were the leaves, g r e e n the plants and g r e e n the ground below his feet. There could hardly be any doubt about that. This could have presented a reason not to vote for the “odd party” this time which he had followed for over fifty years without deliberation if this might have anything to do with a sound understanding of democracy. Perhaps he had just been blind. Maybe he feared that the “other party” would take away his hunting lodge up in the mountains. With such people one never knew.
On the other hand his dog was not g r e e n but brown, his triple-barrelled shotgun wasn’t, his head wasn’t, his shirt wasn’t, and the birds weren’t, except perhaps for the green wood pecker – here came his doubts again. Deep in thoughts the head forester strode along. Too late he noticed that a helicopter was circling above spraying a highly concentrated pesticide discharging clouds which were raining down all around him. He woke up from his coma two days later. As soon as he was able to come to a clear thought he concluded that it would be more reasonable for him to vote for the “odd party” again as ususal. Hadn’t the hurricane been the best example for the risks of an unfathomable fate?