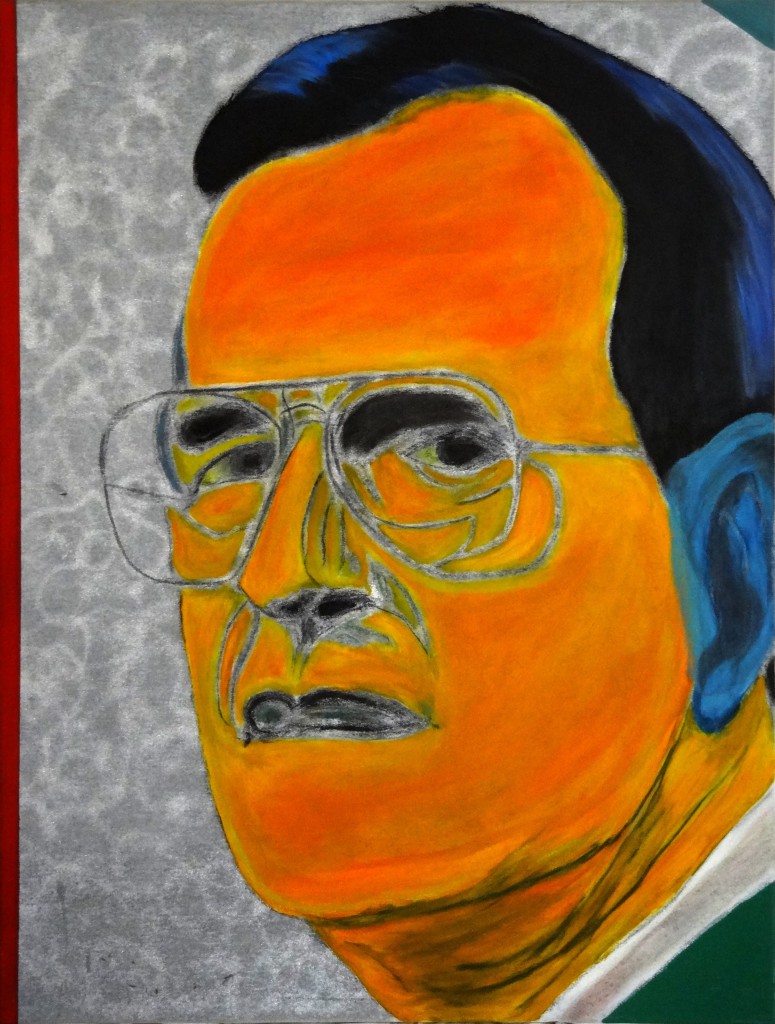 Bush One is a reminder of the cold war history and better times. His view is a cold war memory in the line of political archaeology that “Colour and Circumstance” tries to establish. This Mister President has long since reached the field of honour although he may not be physically dead yet. His era of cold war is often remembered as the golden age of everlasting peace. Senior Bush declared the stability of his new world order to live forever. Shortly after his demise it crumbled like a house of cards. Senior waged the best just wars ever, so he may be worshiped according to them. He shows a somewhat sceptical face which may be due to the fact that his mission had not yet been accomplished while in office. Today the world knows that it will never be.

He is a sympathetic and somewhat typical figure of transitoriness. He gained a small peace dividend and his son accomplished the mission like a true Aladin. Senior should be treated with devotion. In the modest collection of political archaeology he represents a republicanism which has since vanished from the political scene.