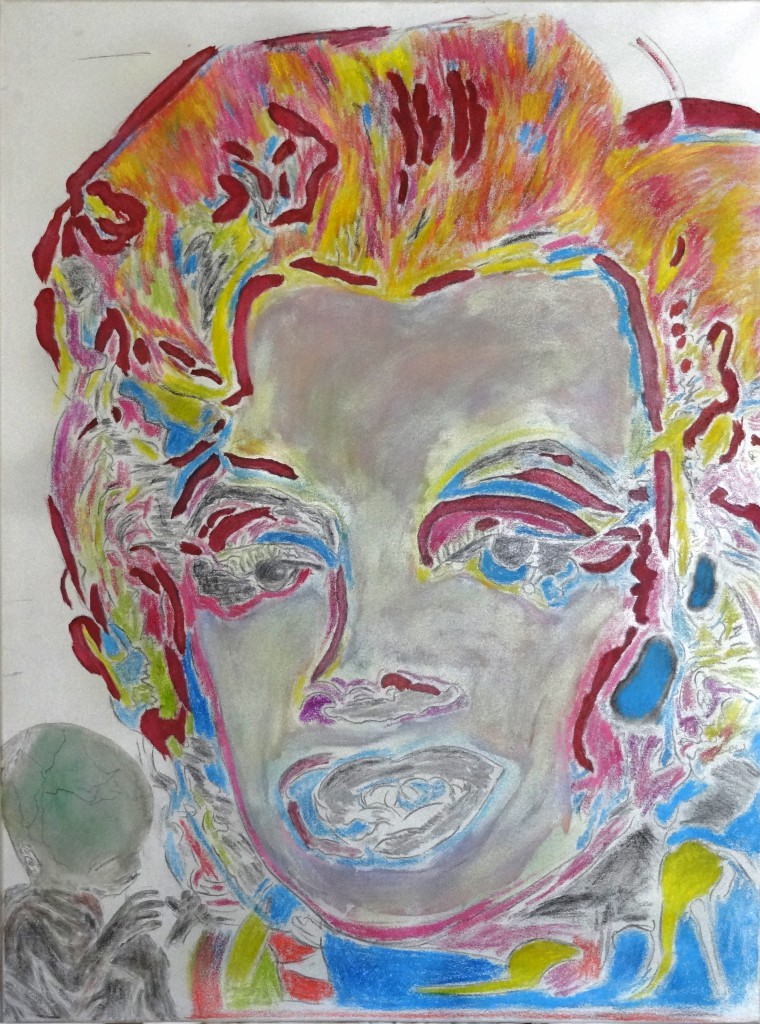 
Nothing goes without Marilyn neither in the ex-post nor in the post-modernism of painting constellations. The poor painter could not help to add another face of the grand dame of suicide to the millions that exist so far. He was not interested to construct another nuance of the cult boom but sooner to find out if the pop artist had actually used a photo of the dead actress for his screen printings. An alert eye might see whether the painter succeeded in his most modest analysis. Is she still alive or did she die in excessive beauty as one of the removal men said who saw her miraculous appearance in her Hollywood bedroom not far from the White House as one of the last living beings. We might even ask if she ever died at all. Anyone old enough or endowed with a good memory remembers her “Happy Birthday, Mr. President” being breathed into the microphones and the ballroom vibrating with expectations.
She will live on in an everlasting cloud of seeming happiness her touching smile mingling with the magnanimity of her suicide which she only committed to save the president from stressful explanations. What had happened when the First Lady discovered Marilyn’s underwear in her bedroom? We don’t know. It is probably a stupid myth which refuses to be dead as it deserves. Jack and Marilyn. Might that have been even more decorous than Jack and Jacky? Marilyn is everywhere. The title of the picture is somewhat misleading. The painter only wanted to hint at the glamorous constellations of vanity.