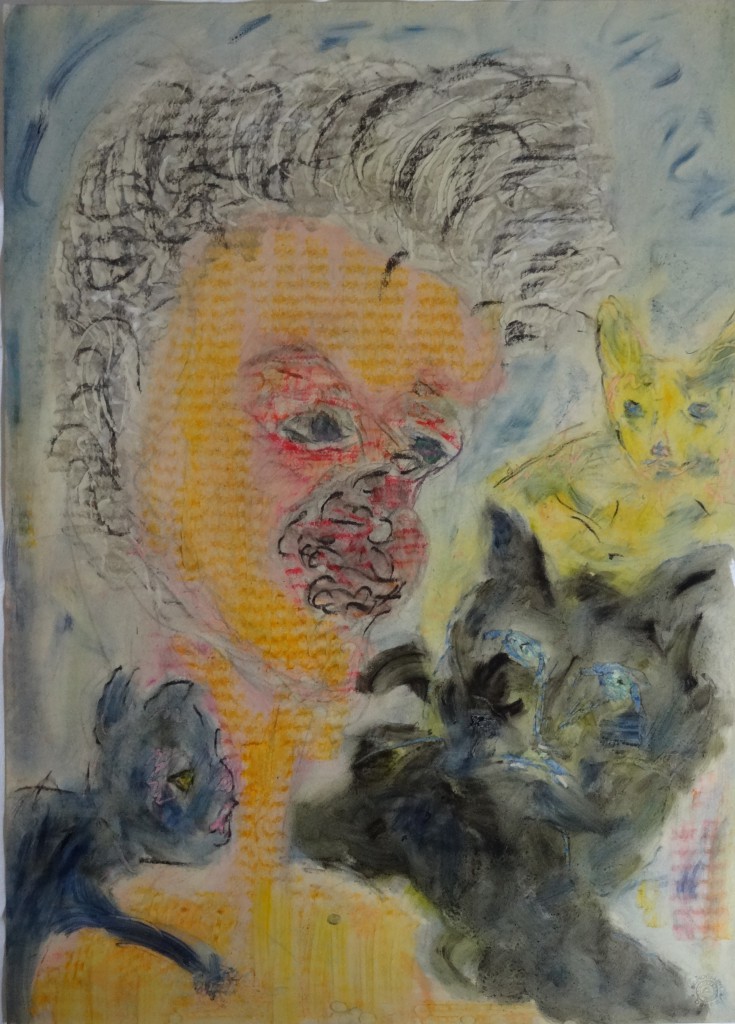 
The old cat breeder did not believe in truth or anything. He believed in his cats. Together they inhabited an ancient school building which had been closed down as others in the neighbourhood on account of demographic change. There were simply no more children to go to school. When the painter made the portrait of the man the small town was afflicted by a rats plague. The number of rats increased with the dwindling of the population. Moreover tourists came in greater numbers to see what the deserted village looked like. It had once been renowned for its craftsmanship. They scattered their food garbage all over the place.
The breeder had acquired the municipal allowance to stay in the empty school building in order to have his cats hunt the rats from what was left of the community. He called it an optimistic project: cats are clever animals. Anyone who has seen a cat marching upright on its hind legs will confirm this. A very impressive gait! The problem was that some of the rats had by grown as big as some of the cats. The cats were young since only after his retirement had the man started breeding. In the nights the rats gathered in front of the school and started dancing and squeaking. They seemed to know what the breeder was there for. Some of them came into the building once through a window that had been smashed. In the end the cats did not dare to leave the house any more especially at night. The old man tried to teach them to pick up courage. His cats gathered around him and tried to pick up carriage. It did not work out. The breeder had to give up and the school was shut up for good.
One day he might come back. Of that he was even sure. His cats would grow. He might teach them to play the flute. They would then play the Pied Piper as in the fairy tale.