Self Portrait with Raft 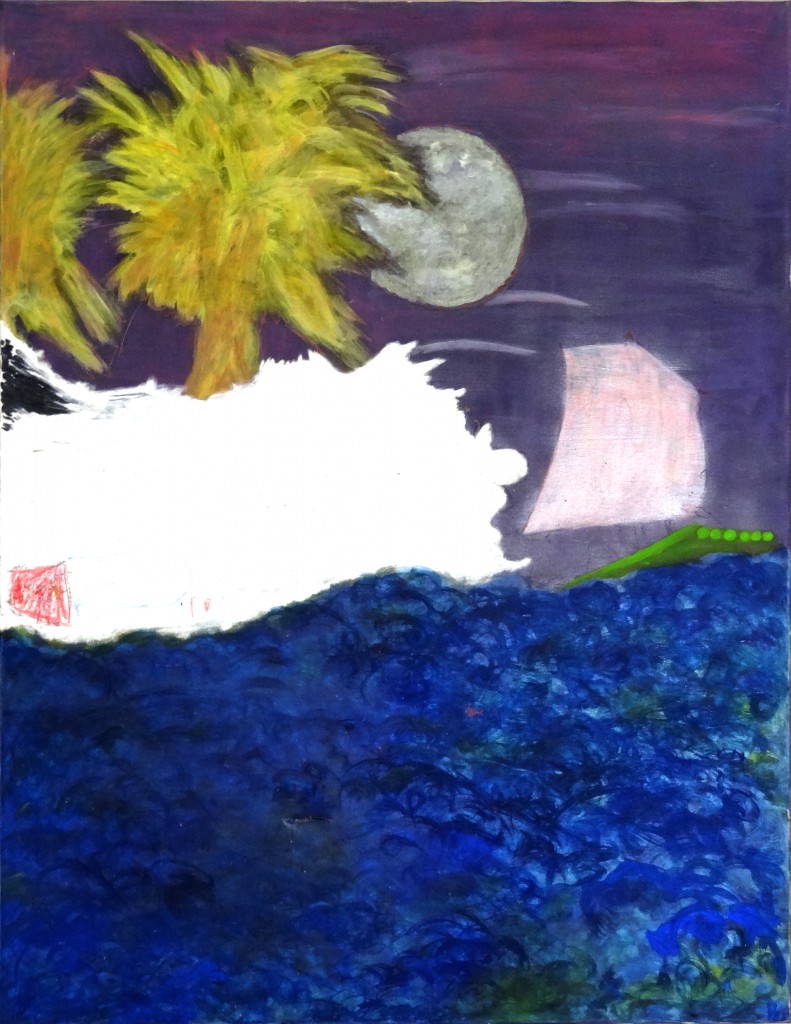 
In this picture the painter tried to develop a self portrayal. He had travelled to the island of Tahiti where he had undertaken research for the traces of an ancient master, the great Frenchman and what he had left behind. The remote and supposedly paradisiac isles from Moa Moa were not as easy and cheap to live on as tourism-PR uses to suggest. The indigene females had scarcely any similarity with the madonnas the master had presented in his art of the alternative. Moa Moa was crowded with an infinite number of leasure people swarming all over the place in shorts and tennis shoes. Most of them were plagued by obesitiy. Huge ocean liners with twenty floors barred the view to the ocean and ruined the atmosphere with clouds of gasoline. On one of the docks the painter suddenly found himself in front of a statue of Marlon Brando. In a bistro of big mac a self appointed guide joined him compulsively and offered to lead the way to an alleged grandson of the master who was said to have had more than one wife on the island. The very old man they found could sooner have been a grandchild of a grandchild of the impressionist but whether any connection existed at all could not be made out. The man did not show the faintest similarity with his supposed ancestor. He spoke a French that was hard to understand. It was wrenched out in phases through the ruins of his teeth. The man affirmed that his famous progeny had been a dealer of tooth pricks.
Shortly after this encounter the painter ran out of money and was forced to look for alternative ways of getting back to the European mainland. He built a raft of tree-trunks which he found in the shallow waters of the isle. Making use of a raft for a journey across the ocean turned out to be one more of the badly calculated risks of his life. Shortly before the white wave with its towering spray buried him and his raft (picture) he succeeded in putting his initials on the left side of the painting. The sea raging under the trunks was said to have been full of sharks that day. He may therefore not have suffered long.