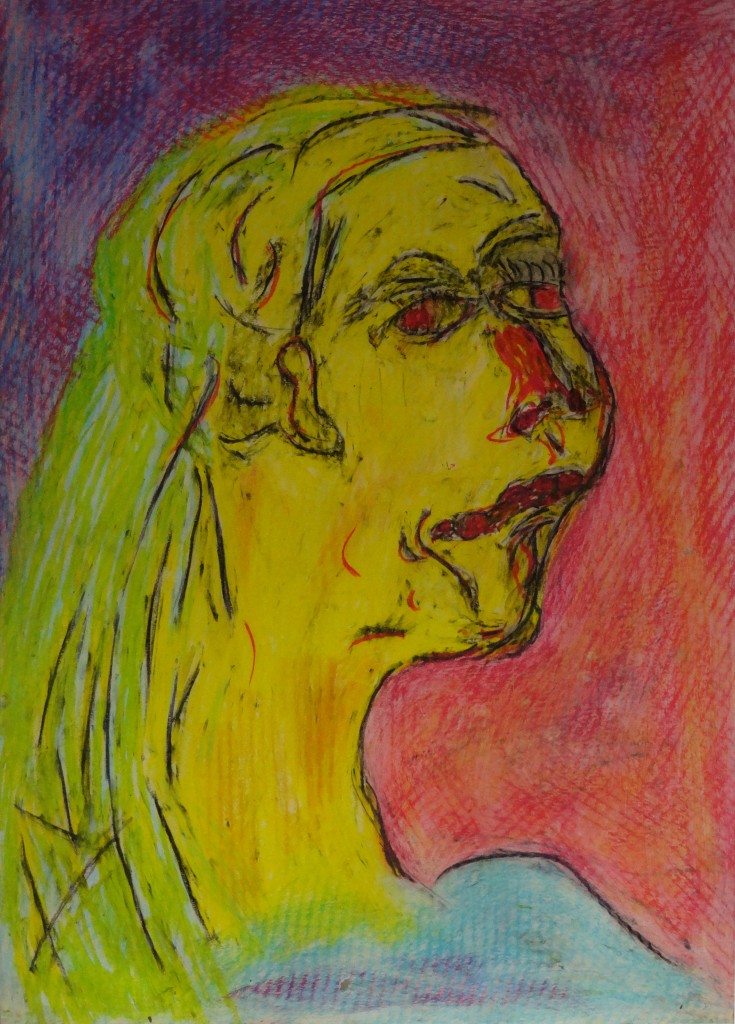 
Material:
Oil on cardboard drawn on frame with canvas

Beautiful Barbara was a neighbour’s daughter and a playmate of the painter´s childhood days. On her birthday party to which she had invited him as well as other guest he became extremely jealous and destroyed the birthday cake with twelve marvellous candles on top. Barbara´s parents complained to the painter´s father about the conduct of his son which they said was extremely naughty. The boy got a bloody good hiding from his father.
This led to his relationship with Barbara to remain troubled for some time. Later he asked her to sit for him again. Again the painter become very jealous since beautiful Barbara constantly plaid around with her i-phone while he was sketching, phoned some friend from her kindergarden and did not understand that she had to sit still if the painting was to be a success.