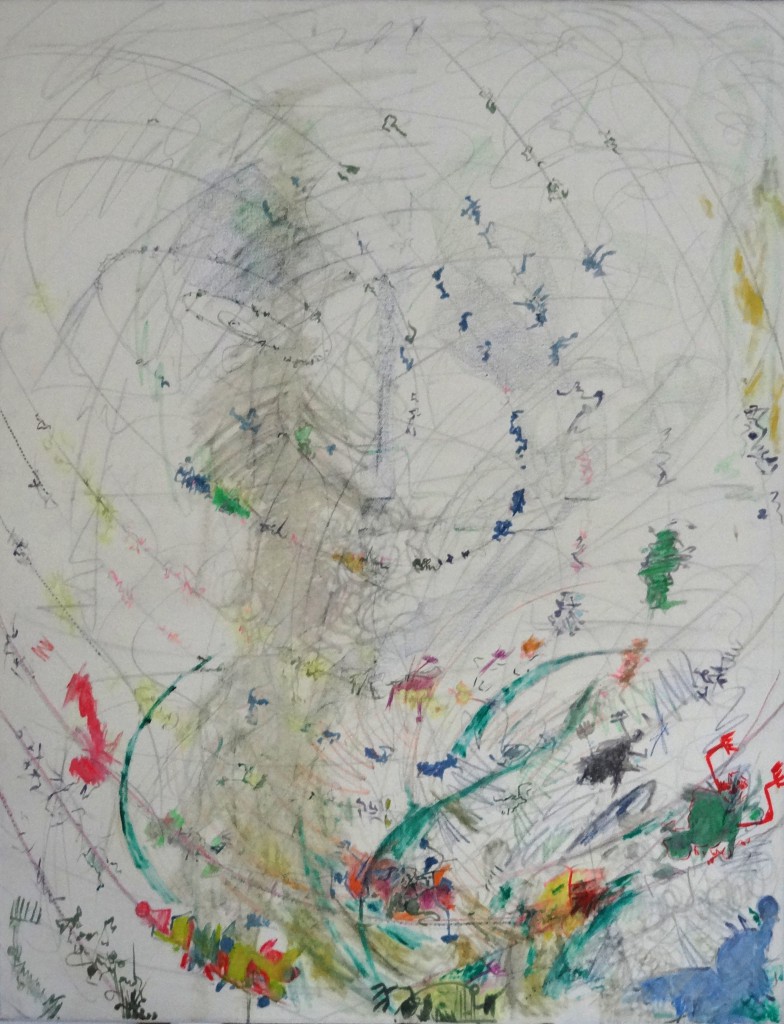 
There is a swarm in the painting with less ground. The picture is said to be dealing with swarm intelligence on a low level. Swarm intelligence or intelligent swarming describes the swarming of a swarm which retains its form almost completely while swarming even when the swarm suddenly changes course. Splits of seconds bring such variations about. Painters also have swarm intelligence due to the fact that they frequently occur in swarms. Swarm associations such as the “Blue Rider” or “The Bridge” were rooted in swarm intelligence. The bridge people for instance kept painting all together on the same canvas for weeks. They probably took turns: One of them started the picture and when he got tired his pal carried on taking over the lead of the fling. He was followed by a third and a fourth. Thus expressionism was created as style of art. It is a swarm theory. The picture could be a representation of the forming of a swarm trying to find its direction.