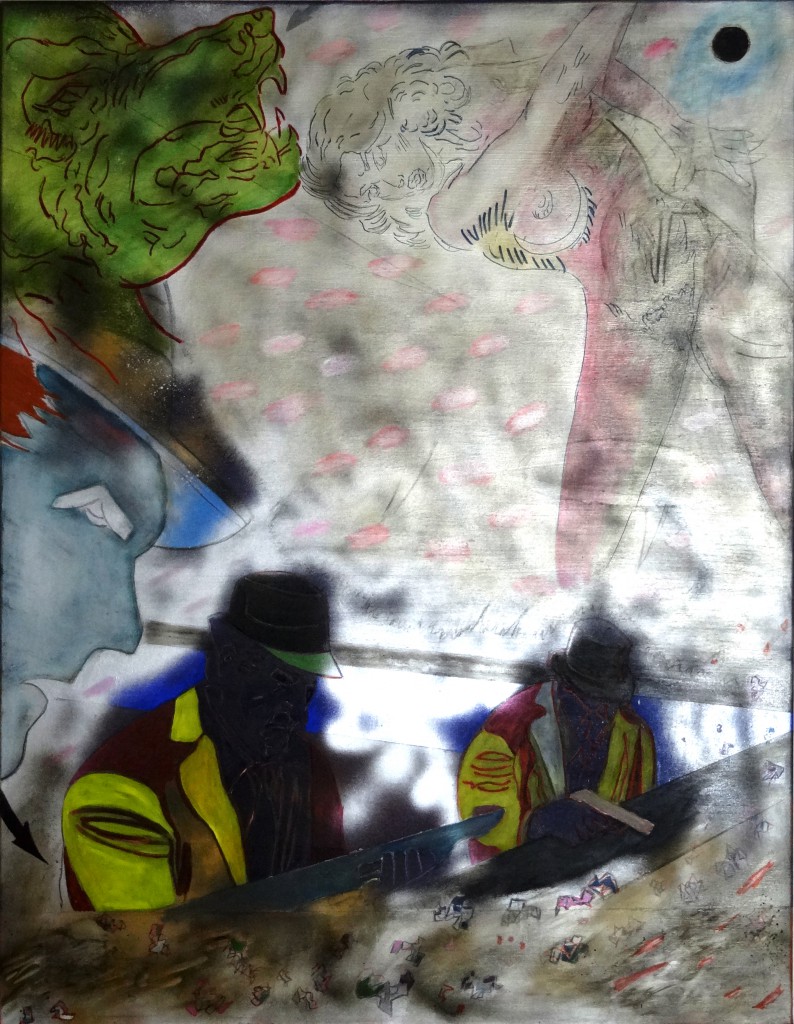 
Gunmen are waiting in front of the door. What are they waiting for? Perhaps they are keeping guard for those who do not. Perhaps they are waiting for the dying out of the rhino because they would have to look for other jobs in that case. They are perhaps on the lookout where such a job could be offered. Perhaps they were elephant hunters for rich safaris and are loafing around in the city now that the elephants are dead. It is possible. Now they are perhaps trying out their new status between gun, drug and offshore. Let them wait. If they are not in the picture they are on the outer regions of civilization meeting with people who have the best intentions as always. Perhaps they are those whose characterization starts with an unknown letter? They would have been discovered long since. Safety is all. The men in the picture are shadows of an ideal: nothing can happen to them. Barriers do not exist for them. They will die in their beds. They have a dog with them, an amiable animal. It could not do harm to anybody. Up on the right side there is something like a mythology. Perhaps it is all a congregation of spirits from a lost scripture by the title of “Doomsday of Reason”. Few may have heard of it. The ominous book deals with dwarfs who meet their gods and lose their sight.