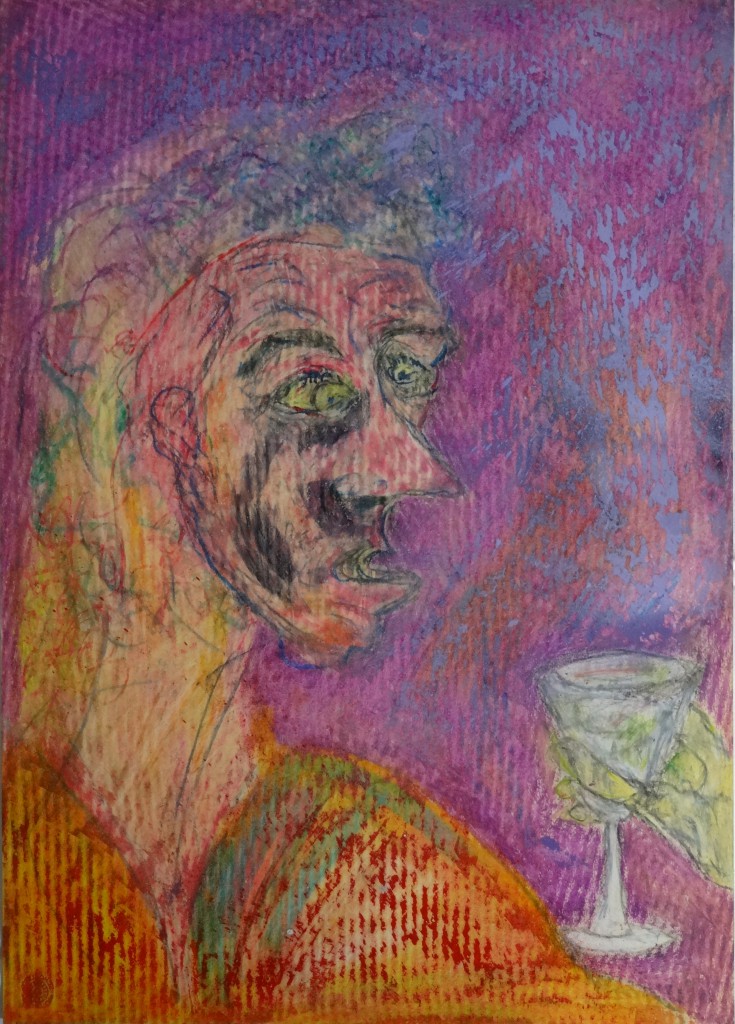 
Is alcohol a demon?

The painter would not be competent in this field: He had always strived to be an alcoholic but lamentably had never succeeded. It was therefore convenient when he met an old acquaintance in a back street quarter on an occasion which appeared to be useful to find out. It might even serve to be fixed in an old impressionist manner. The painter had by no means anticipated to see the person ever again considering his way of life. He had not even expected to find his friend among the living as he had not seen him for long time and had lost his address. Then he found him late one night in a showing of the Rocky Horror Picture film, a show especially arranged for transgender. “Oh, what are y o u doing here?” the painter exclaimed. His acquaintance was not exactly overjoyed to meet someone he knew on this occasion. “Well”, he said hesitatingly “I am going to get trans.” “Dear me”, said the painter, “why on earth should you want to do such a thing?” “I think it is the only way to get rid of alcohol for ever ”.
On screen was just to be seen how Frank N. Furter kills young Eddie with an ice pick and declares it a mercy killing. Later at the bar the painter asked his friend if he would not imitate once that pose of holding a glass of alcohol in a slightly demoniac manner before his transmutation would take place. Such a portrait could well become a model to abhor the young from drinking alcohol he argued. The friend agreed at once. The picture tries to demonstrate a feeling of demoniac prospects as well as elements of an addiction. The experiment, however, led to the painter´s as well to the drinker´s being thrown out of the bar because they both got dead drunk after a few glasses, would not stop and started a brawl when the bar keeper refused to go on serving. So they found themselves out in the street where the friend cursed the old fiend that had overwhelmed him again. The painter hopes for him that his transmutation will be a great success and that his friend finds greater happiness in Transmutania than here on earth.