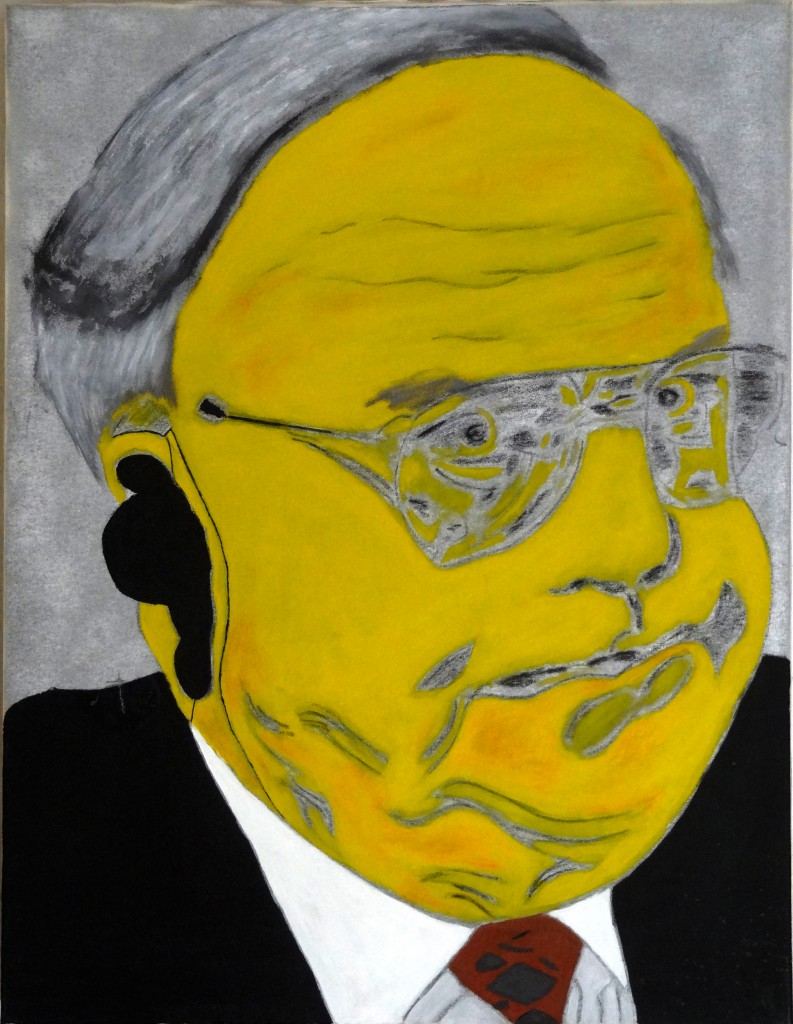 An innocent look of irritated greatness. Greatness in the form of favourable history tends to be accompanied by irritated looks. Real historical greatness is often a fact of enormity. Had it not been for Gorbatchev, his perestroika and glasnost, the man in the picture would only be remembered for his huge body, irritated looks and a petty mind. If any of the younger people remember him at all. This is probably due to what we call the “mercy of tardy birth”. His chancellorship lasted chilled about forty-eight years. Although he was the grandson of Konrad the Great the progress of Europe was not either among his merits. As to the European Union he took political potluck and continued what others created before him. So his characterisation sways through the controversy of opinions.
While he was there he was omnipresent although one had never voted for him. His ubiquity still haunts the memory of those who grew old enough to survive his reign. You could not get rid of him. When all relatives were dead, he was still alive. If any human has the chance to get rid of mortality it will be him. Eons circle round his wheelchair: “Are you mortal, are you not?” His mummy and daughter has a wonderful name as well. Will history be inclined to draw the same conclusions as to her? Will she be still there when all our relatives are dead? Will she ever leave the political stage? Presumably not: Her mission will once be summarized in the motto of a fairy-tale.