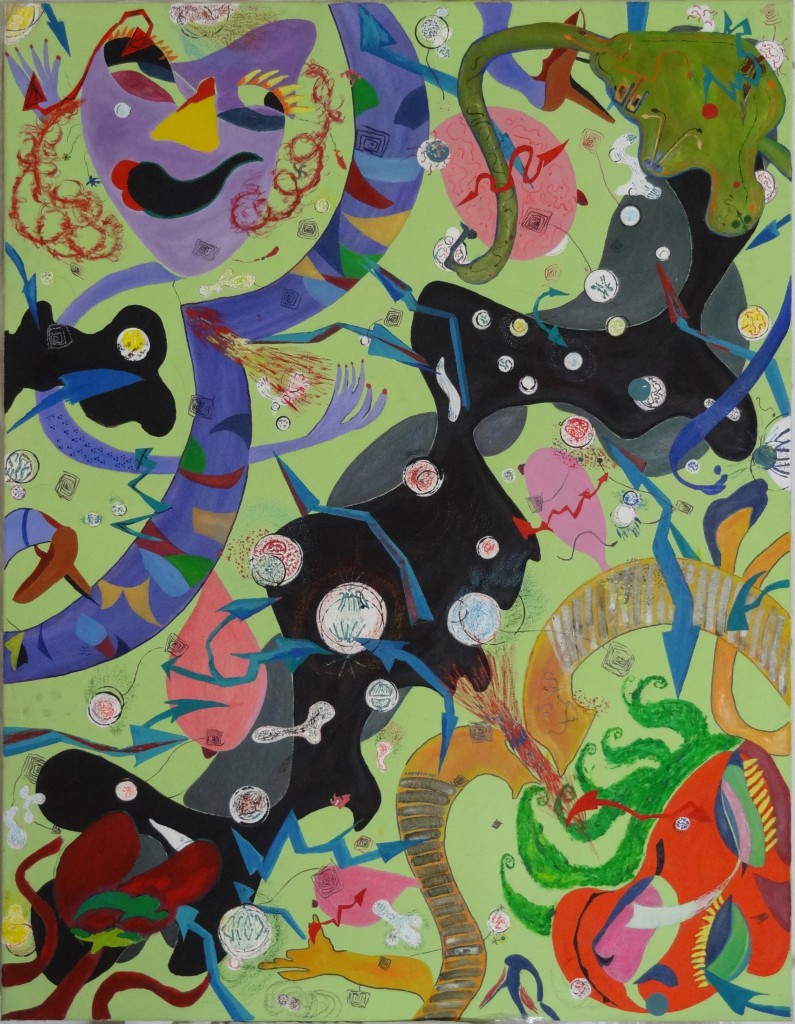 It is well known that there is a carnival of gravitation regularly taking place among the galaxies. It is propagated by various scientific agencies to make the work of physicists a little more amusing. The painting is a PR-mission. It delineates the program music which is resounding through the universe as a background noise from the big bang. The gravitational carnival works with masks which are produced in the subterraneous centers such as CERN in Switzerland and the wondrous collider where the carnivalists shoot particles at each other near the moon. The expenses of such carnivalistic events are performed in favour of general welfare. The carnivalists tend to burst with laughter when they look at the sums. The general cost is about 578 00000 0000000 0000000 0000000 0000000 0000000 million coins of currency. The number of zeros in the figure is an estimation. The sum is a minor annoyance for the carnivalistic budget. The benefit for the public is much greater and not in any doubt. It is an enormous pleasure to hunt for the latest of the tiny parts, the hicks-hicks, in order to declare that the enigma has been solved. Has the bosom been found? If the last of all quarks has been seen on one of the screens research will pick up speed. Dark matter remains to be clarified and the riddle of what went on before the bang. The costs for the outstanding events will multiply the figures above. Carnival is essential.
There is a small quiz in the hustle and bustle of carnivalistic activities: One quark for which they had been looking for long is still buzzing through the universe in darkness. Can it be found? The solution is as queer as is the picture itself. The zoo of quarks is scattered all over its patterns.