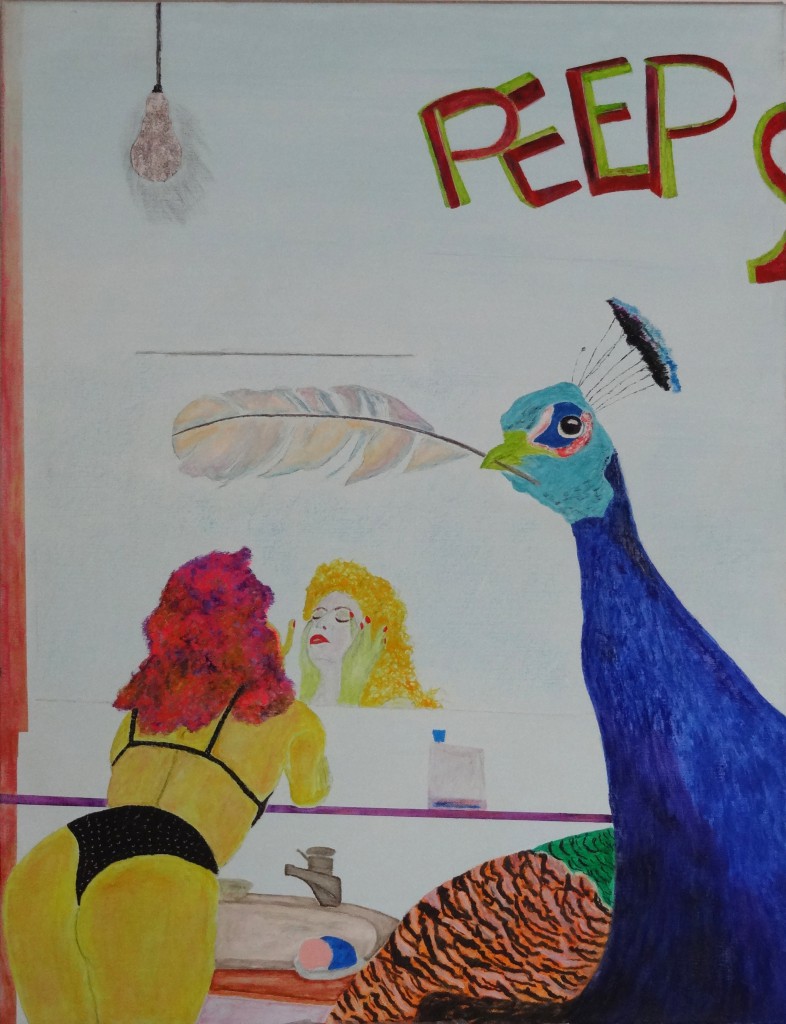 
This is a reminder of a lost cultural phenomenon. Vanitas in an archaeological variation. The birds of the zoological world regain territory. Nature against sin or what it is called. The comeback of the peacock is a reminder of the transitoriness of human effort. Ephemerality might come again which presently is more or less forgotten. All sorts of peacocks would then strut in front of establishments of human culture such as football stadiums or operas and multinational companies.
Not long ago establishments of the lost phenomenon could be identified at all corners in the better of quarters of town. The painter went there solely for purposes of studying. He would not have liked to be recognized there by anyone who he might meet there. One is likely to encounter acquaintances in any kind of place. The peacock does not spread his tail yet but is likely to do so soon. Such a miracle could represent a final constitution of momentariness: Ideas lose their identity when you look at them from backwards in the mirror as the peacock’s eye does in the eye of the beholder.
Its glance crosses the lady´s who is putting a makeup on to get ready for the show behind her glass window. Further interpretation might lead to a more complex constellation as the philosopher develops in his analysis of Velasquez´ Meninas. It would be inconvenient to hitch the order of things to such a light phenomenon of culture.