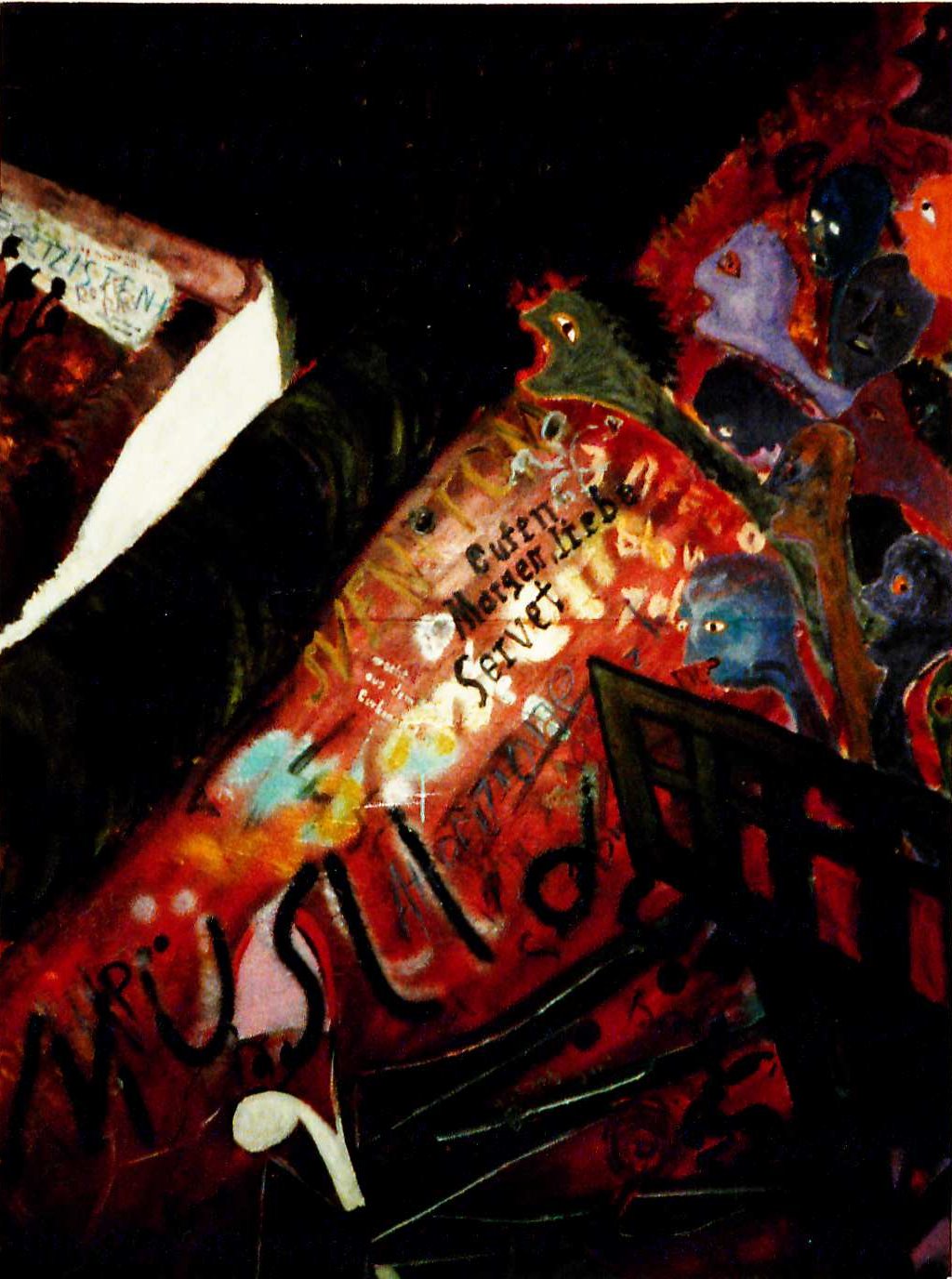 
the higher the wall, the longer the necks. This was politically inevitable in the respective situationh of those days: Everyone wanted to catch a glimpse ot the unknown east and the long queus in front of the empty shops behind the wall. Leaving the Friedrichstraße with the entrace to the new land and the Palace of Tears one found a bookstore on the far right below the bridge. It was full of authors of whom one had never heard anything. The road leading away from the station showed a damaged ancient tarmac. Briquettes were stored in the Deutsche Dom. From its ceiling hung a naked light bulb on a wire that almost touched the floor. Its neck was very long.Behind a door on a small floor there were murmurs to be heard.They turned out to be a seminar of theology about the prophets.

Once when the painter travelled through the late German Democratic Republic he noticed a station sign with the name of “Altenburg”. The train had made a short stop, which was not ususally part of the program. The painter suddenly remembered the title of a book by the French Malraux, whom he valued as a writer of war. It was called “Les Noyers de l’Altenbourg”, the name of the small town. Standing up he took a foto of the sign to remember the surprising coincidence of names, which was probably an error. Minutes later, a person in a police uniform appeared in the compartment and remained standing closely in front of him. The man’s neck almost went up to the ceiling. With a collegial know-it-all, he eyed the painter, who shrank back into his seat. The policeman had brought a dog with a muzzle. The dog had a long neck too and did not look much confidence-inspiring. Perhaps the Deutsche Kratsche Repriek as Honnecker called the state in his speeches operated a centre for breeding dogs with long necks somewhere. “What did you photograph just here?” “Nothing” the painter replied. “Hand over your camera! It will be confiscated “.

The painter tried to stretch his neck as far as possible to impress the policeman as best he could, but he did not succeed much. His neck would not grow. For a moment he wondered if he should try to explain to the official the coincidence with Malraux and the small town they had passed. Lost effort. The paintings of George Grosz came to his mind, which to his astonishment could be found in the National Gallery of the west. Some of them presented officials of the Weimar Republic with brains full a substance that was brown and emited vapour.
In the background of the original painting but not on the foto, the Brandenburg Gate can be seen, surrounded by various walls. The long necks may have wanted to stretch unto the gate which everyone wanted to pass through (see exhibition material). They stretch so far that one should be afraid they could leave their owners to make the way on their own.