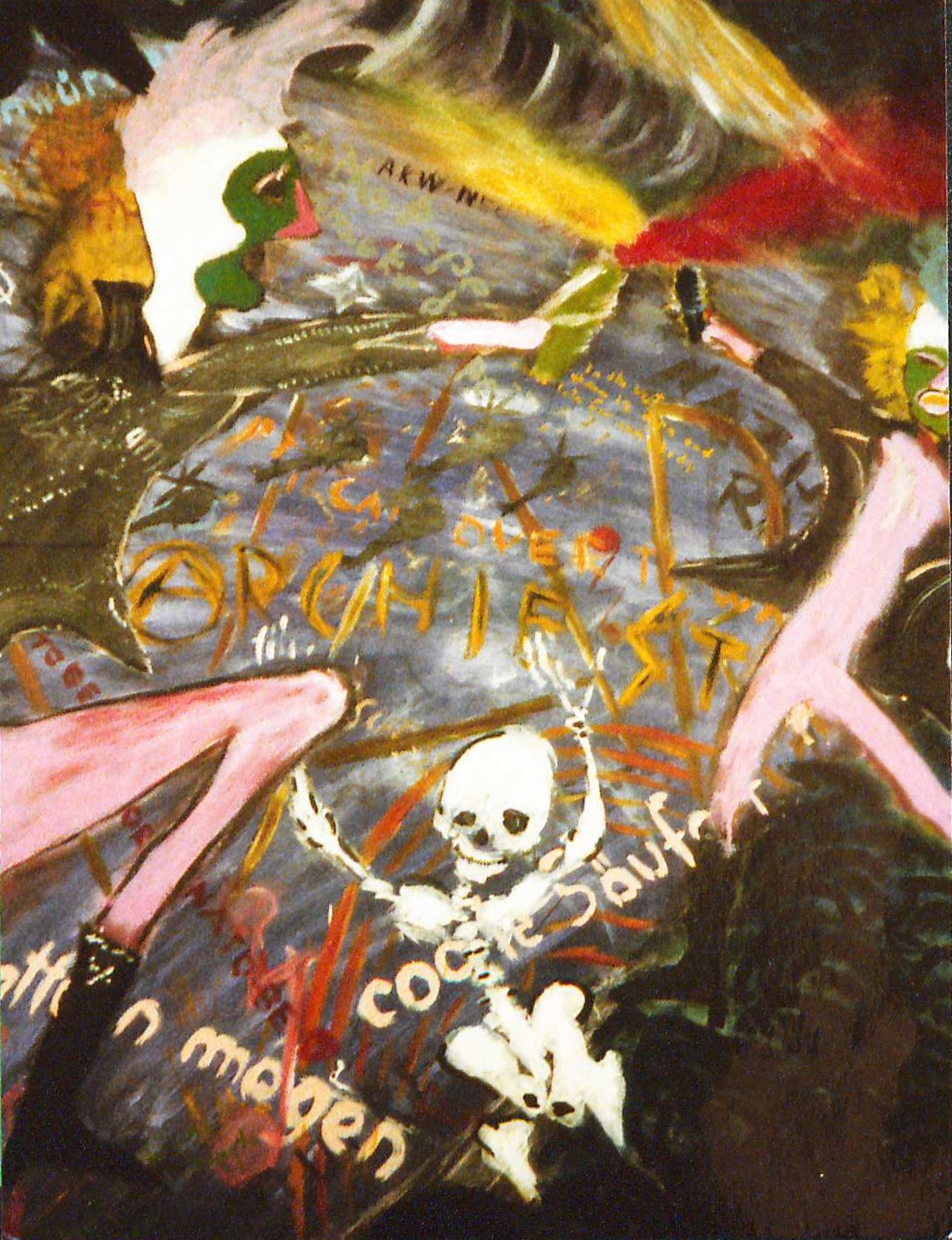 
In front of the wall many amusing duels took place, as shown in painting 3 (2 meters x 1.50 meters), which is also missing. People living near the wall painted their faces green and blue and roamed the city with spray cans. This was the case on the western side of the wall, not beyond in the east. It was not craziness but part of everyday life. It is unknown if any of the duelists tried to take the shooting order at the wall as a model for their duels. Compared to the competition of the armament race they were nice and fun. Below the duelists we are witnessing the resurrection of Erich Honi, one of the last campaigners of German communism. He came back briefly in the latest train from Pankow to turn off the lights in the Palace of the Republic according to the motto of the lonesome inhabitant who has not fled from his state. A little late it seems: Erich´s “lamp shop” as it was called has been demolished long since. Instead, there is a huge reconstruction of the former Prussian castle in its place. What a weird mind, he might wonder, may come up with the idea of ​​putting such a monstrous anachronism into the world? He will be surprised as he strolls down the boulevard Unter den Linden to find himself in a city which has changed allmost beyond recognition.